Private Equity is Increasing Its Focus on the Print, Packaging, and Labels industry – Is this Good or Bad? 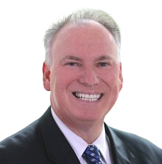 Is Jeff Jacobson’s Joining Siris Capital Another Sign of Private Equity’s Increasing Focus on the Print, Packaging, and Label industry

This week we were informed that Jeff Jacobson had joined Siris Capital, the private equity firm that recently bought EFI. In his role as a Siris Executive Partner, Jacobson will be helping grow Siris’ by identifing meaningful investment opportunities in the industrial printing, packaging and adjacent ecosystems.

Siris’ objective is to identify mission-critical products and services, facing industry changes or other significant transitions.

Do these talent additions and strategic investments signal an accelerated interest by print equity firms in other print-related companies?

Apollo Global Management, who was interested in buying Xerox last year, recently announced its acquisition of Shutterfly and Snapfish. Do Apollo’s prior interest in Xerox and current purchase of two print providers, signal growing interest by Apollo in other print companies – maybe even Xerox?

When we began looking at PE firms, we were intrigued by some of the crossover relationships that seem to make for intriguing conjecture of possible coming ownership transitions. Read on and let us know your opinions on the intersection of private equity and print. 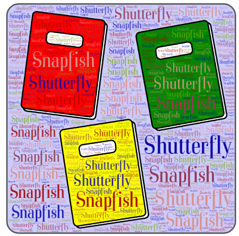 Shutterfly has been acquired - pending final approvals and court battles – by Apollo Global Management AND is being merged with Snapfish. The Shutterfly deal is valued at $2.71 billion, and Snapfish was acquired for $.3 billion

Even though the Shutterfly deal at $51 per share was 31% over value, it was less 10% less than was expected. As such, a lawsuit has been initiated to determine if failings by Shutterfly and its Board resulted in undervaluing the company for its shareholders. For more read the Reuther’s report on the acquisition’s details

Apollo was one of the companies interested in acquiring Xerox after the Fujifilm acquisition attempt failed. A May 2018 report by Reuters revealed Apollo’s interest in Xerox seemed to stem for Apollo’s successful experiences with John Visentin, Xerox’s new CEO. Mr. Visentin had previously served in leadership positions at two companies funded by Apollo: 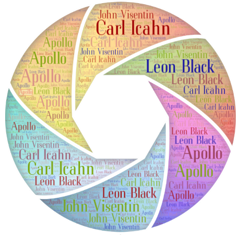 Carl Icahn, Xerox’s largest shareholder, is a friend and tennis partner of fellow billionaire, and Leon Black, who is Apollo’s CEO.

After Carl Icahn thwarted Fujifilm’s acquisition of Xerox, he installed a new Board of Directors. The new Board appointed a new CEO, John Visentin, who had previously worked with Apollo.

Icahn and Leon Black can be both friends and enemies (frenemies). They sometimes work together, and other times battle one another. One example is their current fight for control of Caesars Entertainment with Icahn recently increasing and Apollo decreasing its stake in the company.

So, the Question Is? 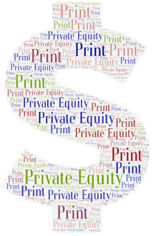 Private equity is playing a growing role in print. Companies like EFI, Xerox, Shutterfly are examples of PE plays. Many of the packaging, managed print and IT service dealers are being bundled by PE companies.

With moguls and frenemies like Carl Icahn and Leon Black and private equity executives like John Visentin now heavily involved in the business of print, what might we see next in the ‘Private Equitization of Print’?

We don’t have the answer, but we share the above information and insights to stimulate your thoughts on the interest Apollo and other PE firms may have for print-related companies.

Another point to ponder:  Will the growing ‘Private Equitization of Print’ be good or bad for the industry and its global stakeholder community.