Many in the print and mail industry may have already met or been involved with Mr. Visentin during his tenure five years ago in a Pitney Bowes spinoff. 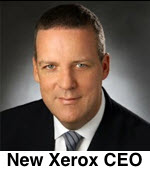 In 2012, Pitney Bowes installed a new management team, and one of their initial actions was to sell off Pitney Bowes’ Management Services (PBMS) for $400 million to Apollo Global Management (noted in our earlier Commentary as expressing interest in bidding for Xerox).

In 2013 Apollo used PBMS to create Novitex Enterprise Solutions with John Visentin as Executive Chairman and CEO. Then, in 2017 Novitex, SourceHOV were combined by Quinpario Acquisition Corp. 2 to form Exela Technologies in a $2.8 billion transaction.

Over the past six months, Mr. Visentin was announced as Xerox’s CEO on four separate occasions.

Shortly after his final appointment as CEO, John Visentin was granted 350,755 restricted shares of Xerox common stock as follows: 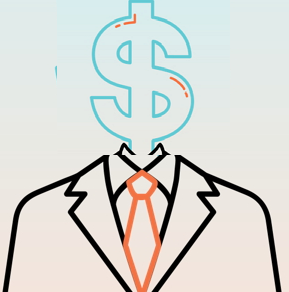 “In order to replace the value of certain compensation Visentin is forfeiting in order to join Xerox, the independent members of the Board of Directors approved an award of 350,755  restricted shares of Xerox common stock which will vest upon the earliest of (1) May 1, 2019, subject to his continuous employment through such date, (2) voluntary termination for good reason or termination by the company without cause, (3) termination due to death or disability or (4) a change in control. The award was granted outside of the Xerox Corporation 2004 Performance Incentive Plan (as amended and restated) and was approved by the independent members of the Board of Directors in reliance on the employment inducement exemption under the NYSE’s Listed Company Manual Rule 303A.08, which requires public announcement of the award.”

Stay tuned for discussions on how these surprising changes will affect Xerox's clients, employees, dealers, partners, and stockholders as well as Fujifilm and Fuji Xerox. And, let's not overlook the new Xerox's impact on the entire print and document industry.