“We Quit,” Xerox Says to HP 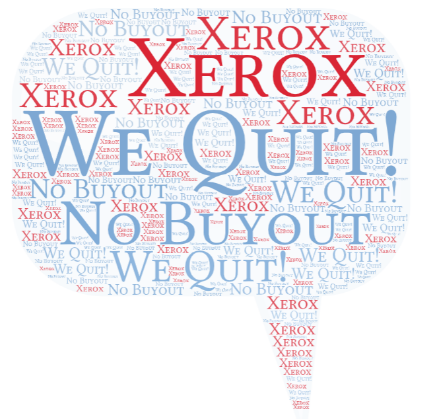 Xerox announced that it had ceased its battle to buy HP. At first, we thought it was an April Fools joke, but the announcement was dated March 31. The reason given for quitting the battle was “The current global health crisis and resulting macroeconomic and market turmoil caused by COVID-19.” 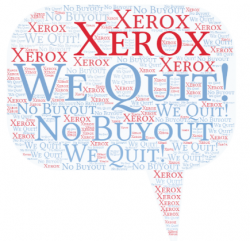 Xerox’s final offer to HP was $24 per share. Approximately 75% of the offer was in cash and the rest in Xerox stock. Had the buyout succeeded, it would have been a highly leveraged transaction with Xerox having arranged almost $¼ trillion in bank loans.

To the best of our knowledge, except for attorneys and investment advisors who billed by the hour, there are no winners in this prolonged, six-month takeover battle.

With both companies having spent considerable time and money battling each other, the result is: 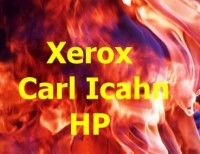 The biggest losers are commercial printers, and end-user clients who were deprived of HP and Xerox’s attention and resources being applied to their business needs.

The battle is over, and now it is just a matter of assessing the full damage and determining how to channel that battle passion into innovative, cost-effective solutions at a critical time in the print industry. 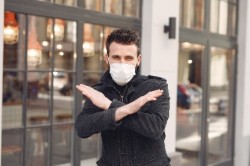 HP’s CEO, Enrique Lores, and Board Chairman, Chip Berg, issued a joint letter to shareholders Wednesday. The letter stressed that now more than ever, Xerox’s offer threatens the future of both companies.

Both companies are being and will continue for an extended period being negatively affected by the COVID-19 global business slowdown. The economic impact may also adversely affect the availability of the $24B loan pledged by Citi, Mizuho, and Bank of America to help Xerox secure the buyout.

Lores and Berg point out that “the global social, economic and financial environments have changed radically” since HP initially rejected Xerox’s acquisition overtures,

If Xerox succeeds in convincing HP shareholders to merge, can the combined, debt-laden company withstand the financial challenges that are bound to occur for an extended period after COVID-19?

As the business world focuses on how to manage the current and post-pandemic climate, Xerox continues to push its HP stock-purchase offer and replacement of HP’s directors. HP’s posture is that dealing with the Xerox offer is a diversion from the critical work needed to succeed through the current COVID-19 pandemic environment.

We will continue following this transaction closely. Our goal is to provide our readers with a series of short synopses of what we learn as we learn it.

Canon Says to Xerox: If You Buy HP, We’re Out! 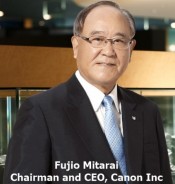 Canon and HP have enjoyed a long, mutually rewarding relationship since 1985. Canon’s sale of printer modules to HP exceeds $5 billion, which is over 10% of the company’s total annual revenue.

Regardless of the revenue loss, Fujio Mitarai, Canon’s CEO, announced that if Xerox’s takeover of HP succeeds, Canon will terminate the decades-long supply relationship. Mr. Mitarai said Canon “intends to partner with and strive to advance collective interests of organizations that have a strong track record of operating with integrity and clearly share our values.”

Since there has been minimal overlap in HP and Canon’s product lines, they were able to develop a trust relationship that included both sales include technology exchanges. In his announcement, Mr. Mitarai stated that recreating the trust relationship Canon and HP’s senior executives have developed would be difficult to recreate overnight.

If Xerox’s hostile takeover succeeds, the merged Xerox/HP company could be a bold competitor with nearly twice Canon’s sales revenue. Canon’s announcement seems to be an effort to halt the merger, which would change the relationship dynamics among the print industry’s original equipment manufacturers (OEMs).

For more on this continually evolving story >>>

In its continued effort to force a merger with HP, Xerox submitted its slate of ‘independent’ candidates to replace HP’s Board of Directors. Xerox’s goal is to have HP Stockholders vote to replace all or most of their current Board members with Xerox’s twelve ‘independent’ nominees.

Two years ago, Carl Icahn and Darwin Deason used the same ‘independent’ candidates tactic as a weapon in their battle to gain control of Xerox. It seems Icahn and Xerox are now aiming that same weapon at HP’s Board in their quest to merge the two companies. 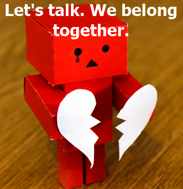 “Fifteen Reasons Why We’re Not Meant for Each Other,” says HP to Xerox

Yesterday, HP said ‘NO’ to Xerox 15 ways as the Board concluded that Xerox’s unsolicited exchange offer for all of HP’s outstanding common shares is not in the best interests of HP shareholders. The Board unanimously recommended that HP shareholders reject the Offer. What will Xerox’s next action be? And then there is Carl Icahn, who is insisting on this ‘arranged marriage.’

A message from Chip Bergh, Chair of HP’s Board of Directors, “Our message to HP shareholders is clear: the Xerox offer undervalues HP and disproportionately benefits Xerox shareholders at the expense of HP shareholders. The Xerox offer would leave our shareholders with an investment in a combined company that is burdened with an irresponsible level of debt and which would subsequently require unrealistic, unachievable synergies that would jeopardize the entire company.” 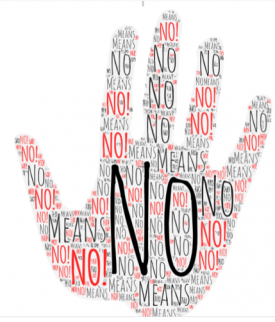 Fifteen Reasons Why We’re Not Meant for Each Other

HP Board’s based its Xerox Offer rejection recommendation on, but not limited to, the following 15 points:

Thanks for reading. Stay tuned for continuing coverage on this HP/Xerox dance.