Is HP buying Xerox or is Xerox buying HP?

We have been sharing Xerox’s attempt to buy HP with you over the past few months. And, it’s been a twisty, curvy story to analyze and report. One day the financial analysts say that combining the companies would be a disaster, and a week later, they are describing the value that could be realized if Xerox were to succeed in acquiring HP.

Guess Who's Coming To Dinner? 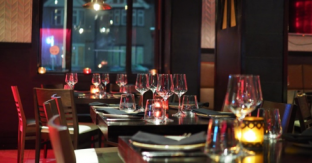 A few weeks ago, HP’s largest shareholders were offered a free meal to sit with Xerox and discuss turning the company over to Xerox. We were not told what was served at the dinner or how fruitful the discussion was. But a hint might be inferred from HP’s announcements over the past week.

HP announced highly positive Q1 financial results in addition to a multi-billion-dollar stock buyback plan plus additional reductions in expenses that would equate to about $16 billion in capital return to shareholders over the next two years. HP also launched a poison pill defense strategy to dilute Xerox’s shares in HP and make any takeover attempt extremely difficult. We expect to hear of a lawsuit from Carl Icahn anytime now.

Somewhat hidden near the end of the share buyback announcement by HP’s CEO, was a single sentence hinting that HP might be ready to turn the tables and make a bid to buy Xerox. Who said the print industry is not exciting!

This interesting twist is actually the beginning of a full-circle turn. Here is why. We understand that near the end of 2Q 2019, Carl Icahn had suggested that HP buy Xerox. However, HP refused to consider that option. The result was Xerox’s takeover attempt on HP.

For sure, Carl Icahn expects to win since he owns large stakes of both HP and Xerox. And, shareholders in both firms should be happy with Xerox and HP’s stock, having increased during the battle.

But, how about all the other Xerox and HP stakeholders – employees, suppliers, and end-user customers?