In this, our third Commentary related to the January 31 announcement of Fujifilm’s proposed Xerox takeover, we share actions taken by Xerox’s largest and third largest owners.

Carl Icahn and Darwin Deason together own approximately 15.2% of Xerox. Their Xerox stock would be valued at about US1.2 billion, based upon Xerox’s US$8 billion market value the day before Fujifilm announced its Xerox acquisition plan.

Reuters, the international news agency, reported that the acquisition’s financial value was US$6.1 billion which is about US$1.9 billion less than Xerox’s US$8 billion market value. 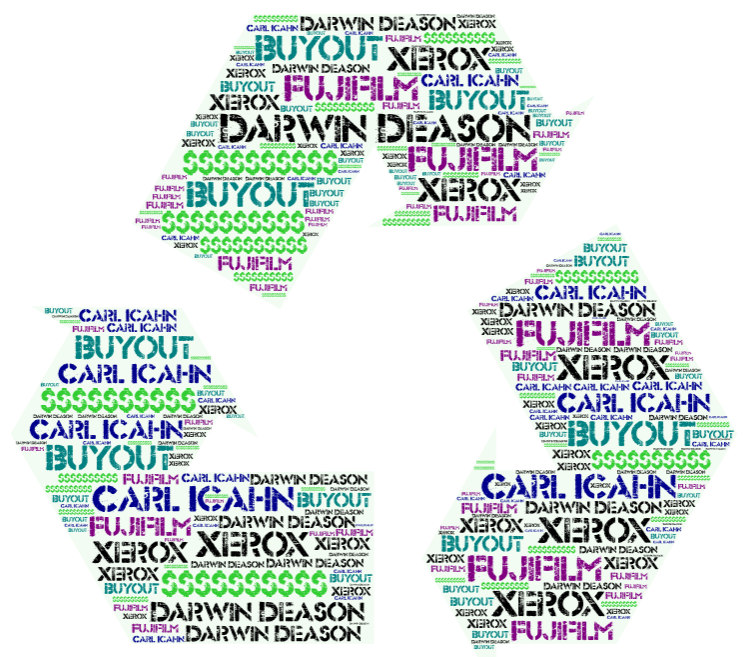 So, one can see why Icahn and Deason may not be very happy with the proposed sale to Fujifilm. But there is more that has the stock owning duo upset, which Carl Icahn expresses quite vividly in his February 12, open letter to all Xerox stock holders. Here are a few excerpts:

Darwin Deason filed his lawsuit on February 13 seeking to enjoin the transaction, terminate the Xerox/Fuji joint venture lock-up and joint venture agreements and pursue strategic alternatives for Xerox. Defendants in the suit included Ursla Burns, Former CEO of Xerox and Jeff Jacobson, Xerox’s current CEO and the announced CEO of the new Fuji Xerox (to be formed via the buyout).

A letter announcing the lawsuit alleges that the Xerox/Fuji transaction is the result of an improper and fraudulently concealed “crown jewel” lock-up agreement.

So, stay tuned because this high-level business drama is expected to get even more dramatic over the next few days and weeks.

We invite your comments and feedback.

For a description of the many complex steps in Fujifilm’s Xerox buyout (per the graphic below), read our previous Commentary. Click Here. 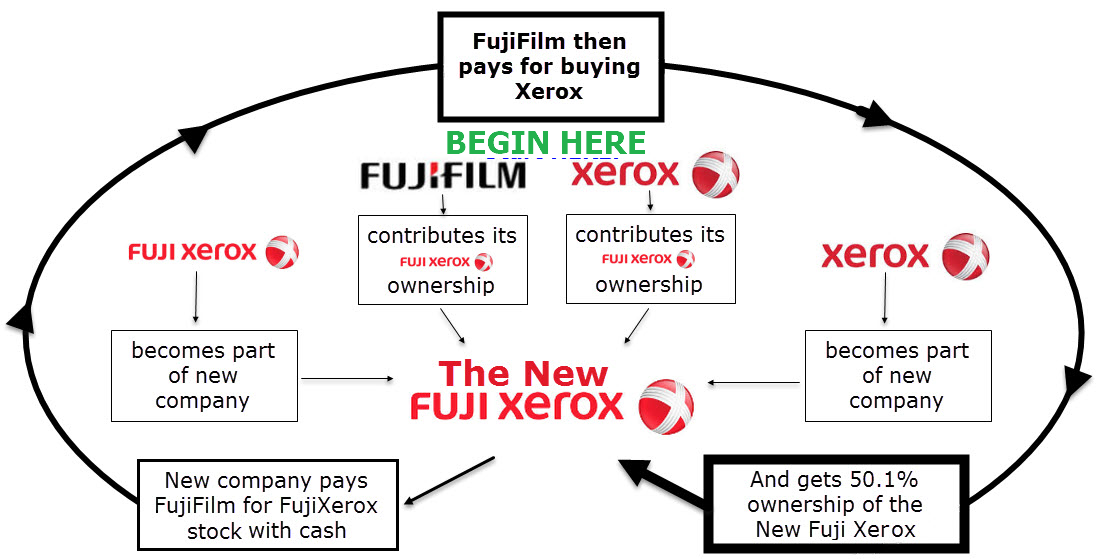