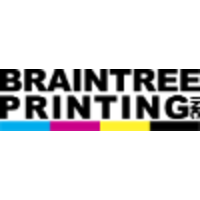 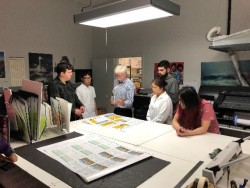 The visit was the result of a long-term relationship between Jim Corliss, Owner of Braintree Printing, Inc., and a customer who became a teacher at a local college. 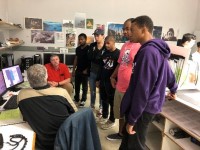 The tour provided students a glimpse into a world that they had little knowledge of. A student comment after the tour was “It was great to see what happens after the file leaves the computer.”

“The staff at Braintree Printing could not have been more accommodating - they were all very happy to share their knowledge and insights,” said Chris McCusker.

We Salute
The American Printer team salutes Jim Corliss and the Braintree printing team for investing their valuable time to expose design students to the power of print. Those design students represent the next generation of print buyers/influencers who may have never before been informed of how print can help them achieve their design objectives.