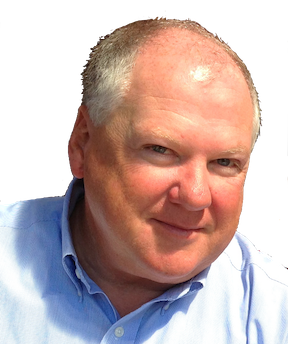 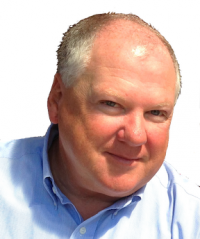 “Sorry, we no longer support that generation.”

And so began my quest to replace the laptop I've been using for seven-plus years.

Replacing any piece of technology, and especially one that is a core component of a work/personal existence is stressful, more so when a critical failure triggers it.  In my case, the 2011Macbook Pro I have been faithful to decided it was time to go. Sure, there were signs along the way. A gradual slowdown, grudging responses to requests, the occasional refusal to move from gray to blue. The exasperating, passive-aggressive sounds of a spinning hard drive and a whirring fan were clues that things were sliding towards a sad and dramatic ending.

Finding a replacement for my laptop opened up a whole series of decisions that went beyond a simple "just get another one, only newer," which was my first instinct. I was familiar with the operating system, had grown comfortable with the applications I used and how they behaved on the legacy system. Much of my daily "workflow" required little active thought. I knew where everything was, I knew how things worked, and I had given little thought to the critical tasks that I had automated – templates that launched by default, browsers organized in a familiar sequence, and a biggie – save passwords for the way too many websites and online accounts that have accumulated over the years of operation.

Ergonomically, my hands and eyes fell into a rhythm when I sat down to work. Taskbar on the right, mouse configured to match repetitive movements, clicks and scrolls scaled and timed to my work habits. Workspaces within my home and home office had just the right ergonomics, with the right footprint defined so I could drop the laptop into the designated area and get to work (or, in my case, procrastinate.)

All this would need to change, I thought, if I chose a different tool.

In With The New

Driven by the need for a quick solution, I headed to the nearest computer stores to see what they had to offer. Walking into any technology showroom can be an exciting and a bit overwhelming experience. I'm no kid, but I still have an inner geek that gets excited around technology. I'm also a bit notorious (ask my family) about taking a whole lot of time to decide on buying anything that costs more than $10.00. Cars, appliances, eyeglasses, it doesn’t matter. I am a committed researcher. I am also pretty brand-loyal when I find something that has consistently performed well for me over time.

My first stop was the local Apple store, where I had taken my system for repair in the past, and where I have purchased other Apple products. I had three objectives for my visit. First, see if by some miracle they might once again bring my old pal back to life. Second, if a resurrection was not doable, ask them to help me retrieve my data which was trapped within, and also backed up on an external drive. Third, look at this year's models and see if a like-for-like replacement would make sense.

The short answers – no, maybe and holy mackerel prices have gone up a lot since 2011!

Putting price aside – we all know that price is just one of the components that make up the overall cost of ownership – I looked at the current lineup of like system configurations. Computer technology has evolved quite a bit from 2011, and the look, feel and performance of this year's model made my dearly depart(ing) seem slow and dated. But digging down to the real requirements I needed to be met for it to be successful for me, I didn't see a whole lot that makes "this year's model" a no-brainer.

In the end, I left with more knowledge of that brand's offerings, enhanced by hands-on product experience. A bit frustrated, perhaps, that a simple, justifiable solution wasn't found.

Pressing ahead, I looked at competitive offerings from a short list of trusted and proven brands. There are a plethora of providers, but there are only a few that I would be comfortable choosing to fill a critical role.

In the past, there was a pretty big difference between competing operating systems, from the architecture through the interface, to the tools and applications that either platform supported. Today, however, those differences are not so vast that a switch would be overwhelming. With SAAS ruling the application world, and subscriptions already in place that would work on either platform, I moved ahead with the next steps.

I was quite surprised at how much speed, power, and flexibility was readily available on all platforms. I was able to easily find multiple systems that met or exceeded the capabilities of my legacy machine. And truthfully, the price difference between the competing platforms was dramatic.

Given all the facts, I chose to make the switch to the PC world. This replacement includes a different hardware platform, different operating system design and philosophy, and a slightly different series of workflow steps. It also required getting reacquainted with some of the quirks of the PC world, though having worked on that platform in my past made it easier to adjust.

The piece of hardware may “only be a laptop,” but to me, it is a critical component of my business. Without it I would be prevented from easily creating, composing, reviewing, editing, and distributing the content that keeps me working. My communication with clients would be limited to telephone calls rather than web conferences. Sure, I could approach my tasks differently; after all they still make pencils, loose leaf paper, envelopes and stamps. While I scribbled away, though, tons of other writers would be blowing past me in terms of output, content knowledge, and presence. I would be uncompetitive. A Luddite. A quickly-fading afterthought for those who are seeking the type of service I provide.

Why would I do that? Because the choices can be a bit complex? Because I’m comfortable with what I know? Because deploying a new or different technology might upset my tidy little environment?

It turns out that pretty much all the fears I had were overcome with a little research, a little education, and a little hands-on with the new stuff that was available. I just had to take the first steps.

Everything I experienced in my home-based business is experienced every day by businesses of all sizes and stripes. I get that my relatively small capital outlay pales in comparison to the acquisition of a new production printer, or a slick finishing solution. I know that adjusting to a different interface and different application characteristics on my desktop is so much simpler than integrating a new technology type, a new application suite, or a new operational workflow with many users and many intersections. But really, you and your employees are just as expert in what you do as I am in what I do, so just how hard would change really be for your business? What are you losing by looking backward, and what would you gain by looking ahead?

I made the change. I took the leap. I spent the money. I am back in business, hacking away. But, I must confess, I could not bury my old pal without a fight. I found a clever technician who was able to get me my data, and in the process bring the machine back to tenuous life. It now sits on a shelf next to a few other pieces of legacy gear, ready to wheeze through the startup process should I feel nostalgic. It’s a totally impractical, I know, but it is also a wry reminder that time, and technology, never stands still.