“Try not to become a person of success, but rather a person of value.”………………..Albert Einstein

In 1998, the Accrediting Council for Collegiate Graphic Communications (a.k.a. ACCGC) was formed by its founding fathers and is an IRS recognized non-profit 501(c)(3) publicly supported organization.

Eighteen college and university programs have been accredited, including most recently, Shanghai Publishing and Printing College, Shanghai, China.

According to a Board resolution being presented on November 5th, Dr. Ervin A Dennis has served as Managing Director of ACCGC for over 20 years. He took this position after he and a well-respected, committed group of graphic communications academics - had developed a profound set of “15 Accreditation Standards”.

November 5th will be Dr. Erv Dennis’ last official day - at the ACCGC Annual Board Meeting.

I’ve personally served three-three year terms on the ACCGC Board. There are few unforgettable, sustaining surprises in life. Serving on ACCGC’s Board provided me with far more than I ever expected, including an opportunity to develop a Database Curriculum for the University of Houston, that’s now a required course for their Digital Media Department, College of Technology (and that’s now being seriously considered by Cal Poly).

There is 19 Board of Directors. Several positions are required to be filled by industry practitioners. 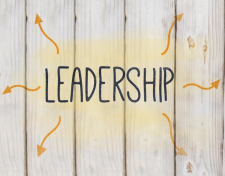 Dr. Erv Dennis has, through his leadership and personal conduct, influenced our academic institutions, the integrity of their curriculum development, and their visions to pursue relevant, educational excellence.

Each accredited school has an Advisory Committee, usually comprised of regional senior company representatives, who are there to influence curriculum, budgets and resources, internships, and recruitment.

There are upcoming industry practitioner Director positions, whose terms of service are concluding - over the next year or two.

Collectively, these opportunities – you and your organization - deserve to pursue.

“The ones who are crazy enough to think they can change the world… are the ones who do.”…………..Anonymous