“Few can claim credit… for all that’s accomplished in their lifetime and name……”…….Anonymous 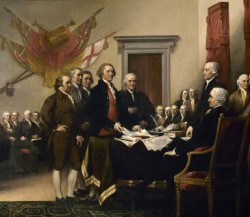 We are being reminded, daily it seems, that “Freedom isn’t Free.”

Most of us are not aware of the personal price most of our “Signers of the Declaration of Independence” paid.

There were 56 men who signed the Declaration of Independence.

Nine were farmers and large plantation owners, eleven were merchants, and twenty-four were lawyers and jurists.

These were not ordinary men. “They were soft-spoken men of means and education. They signed and pledged their lives, their fortunes, and their sacred honor.” 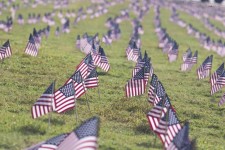 The price these men and their families, and many, many other men and women have paid – for you and me to have the choices… and freedoms we are allowed.

Let us remind ourselves, and those whom we love and respect, that this price is carried – to every generation.

Where are there opportunities to educate and inform – our current and next generations….?

“…In our military, lack of time to reflect is the single biggest deficiency in senior decision-makers.”....Secretary Gen. Jim Mattis, Call Sign Chaos, p.200.