What If All Those Reports and Headlines…..Are Wrong………..?

We hear, with an uneasy frequency, about the demise of our great industry --- the industry that gave birth to the Reformation, and much of Civilization…as we know it.

I’d like to draw your attention to a few Reports, some people would rather we forget: 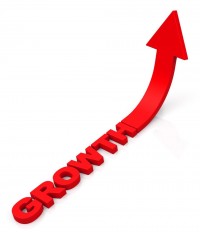 Our industry is alive, and growing, as an opinion. If you ask for evidence, check the “total employment numbers” over the last decade. As we continue to invest in more productive equipment and technology, employment numbers have remained incredibly steady (though the average age --- continues to go up, which I believe --- is at an “inflection point”).

Our great industry is also changing. For instance, it’s my observation that:

“Systems Theory” is clear --- that ways of doing things, and how the world is connected-up, tend to continue --- far longer than anyone expects, or predicts.

There are beginning changes in the curriculum offered at university programs --- that’s less parochial, and more useful to a company owner --- searching for new employees who can bring new dimensions of value to the owner’s company. (Contact Professor of Technology, Dr. Jerry Waite, U. of Houston, at [email protected], or 713-743-4089)

Are you delegating, and developing your organization’s next leaders? ..Or…”are you holding-on”--- because you don’t know what you’d do if you didn’t have your current position and title…?

If those in key positions are guiding their ship by “looking through their rear-view mirror” --- as too many are……change is inevitable to occur, whether you want it or not.

“Life is a great big canvas;…..throw all the paint you can at it.”……..Danny Kaye