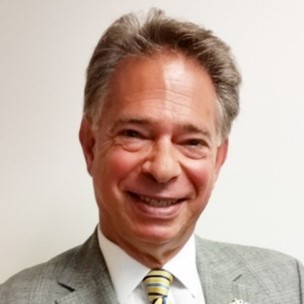 American Printer is publishing this series of excerpts from I’m Not Anyone in recognition of the donation commitment by Roger Gimbel.

Roger is donating all proceeds from the book to the Print and Graphics Scholarship Foundation. Book sales will fund scholarships to assist those pursuing an education in graphic arts for printing industry careers.

Excerpt #2
“I’m Not Anyone”
A Story of Reinvention and Acceptance By Roger Gimbel, EDP

With my graduation from college, my father wanted to bring me into the business. He went to his partner and my uncle Harry insisted I start out at minimum wage. In 1973, this was about $1.60 an hour — not much for a recent college graduate. This is where I began working full time in the print business.

The more I worked with print, the better I liked it. Even though I wasn’t making much money I’d already decided that a career in printing was going to pay better than teaching. I liked the printing business and enjoyed what I was learning about it. This was a big turning point for me. I finally had a vision of what I was going to be.

Though I had made the decision that printing was the place for me, I also knew that I didn’t want to work for my dad forever. Though the business was still expanding, and Dad gave me the responsibility of starting up another site in New Jersey, I wasn’t making the kind of money I wanted. I started thinking about getting into the copy business on my own.

The Itek Corporation had developed an innovative printing device called the Automatic Document System (ADS), which was a much more automated form of generating documents. The AB Dick and  Multilith machines required lots of manual intervention. I thought the ADS might be a smart move for XRC and started investigating the equipment. In doing so, I became acquainted with Itek’s sales manager, Dominic.

Dominic and I became friends. We started going out for drinks, partying at clubs, and having a good time. I told Dominic I wanted to open some copy centers, which turned out to be an interest we shared. We agreed to go into business together. We opened our first copy center at the corner of 7th Avenue and 23rd Street in New York. The site was a former Blimpie sub shop that had gone out of business.

Dominic had an investment in my business, but he was still work­ing at Itek. He helped me acquire equipment as the business grew. Our second location was on 3rd Avenue.

It may sound like we had gotten down to serious business running the copy centers, and we were. But Dominic and I were also party people. We liked to have fun and somehow that interest turned into a discussion about why we should open our own discotheque.

To be completely honest, I think the motivation behind running a disco was so Dominic and I would have a place to party. It was probably not the best business decision I ever made. We never made any money at it. I can remember closing at the end of the night and asking Dominic if we had enough money left to pay the DJ. We’d both spend the evenings giving away drinks and being popular, so the cash receipts for the night could be underwhelming.

The lack of profits didn’t seem important though. We had a good time, met a lot of people, and we owned a club! We had impressive reputations and a couple hundred people would show up at the club every night. We’d get home at 3:00 am and try to run the copy business the next day, after a night of drinking and dancing.