“Excellence is…not the opposite of failure….Study disease and you will learn a lot about disease…and precious little about health. Eradicating depression will get you no closer to joy. Divorce is mute on the topic of happy marriage….If you study failure, you’ll learn a lot about failure but nothing about how to achieve excellence.”…..The Feedback Fallacy, Harvard Business Review, March/April 2019

We’ve focused working with our client’s Pressroom… for four months.

Early-on, I recognized that’s not where we needed to start.

We’ve….correction….“They’ve”….squeezed about $2,000 a day in excess materials (sometimes referred to as “Waste”) --- from their Pressroom.  (And my opinion is there’s at least that much more --- including “increased productivity” --- to be gained.)

The short version of this story is that their Pressroom’s performance was neglected…..from multiple perspectives. Very little….was being critically measured, reported, or followed-up. (Each Presscrew…. was pretty-much…. “on his own”.)

There were a few early heroes in this unfolding story. The owner….gave the Plant Manager direction, of what he wanted done. (The Plant Manager realized he’d neglected performance --- on numerous levels --- and went to work.)

However, The Plant Manager did some things that I considered important, which is partly why this company I believe…… has a great future. 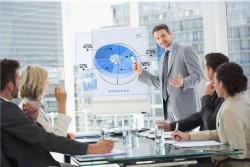 When you realize how much you’re losing, cost-wise, that your best competitors are not losing --- that’s a tough period of time --- to be patient, for progress to take hold…. and develop.

Because of his working relationship with his Pressmen, when he began letting them know what he really needed, and expected from each of them, as part of the process--- they responded.

That Plant Manager was respectful to his personnel….he was patient….and he was clear --- about what was needed. (In my opinion, that approach, was a critical part of where we are, and where we’re going.)

He listened to them at critical moments…..(including when there were outbursts of frustration), and……

Today, on their Pressroom Log, every Make-Ready’s time, and number of clean sheets (and “Overs”) --- are measured, recorded, and reviewed……

Summary Footnote: This company’s level of progress is such that…. the owner last week asked the Plant Manager to hire a third Pressroom shift….while also starting to run social media Ads…for experienced Sales Reps, willing to work…”45 – 60 hours per week…in a Team atmosphere”.