Pareto Print’s business philosophy fits perfectly with Kodak’s goal of Taking Print Further. Since Pareto Print was founded in 2010 the company has been dynamically growing and investing in the newest technologies. From the beginning, Kodak has been a strategic partner in prepress, delivering equipment, consumables and workflow. “Our prepress department is based on two KODAK MAGNUS VLF Platesetters,” Pareto’s CEO Pavel Arseniev says. “We also use Kodak’s thermal plates. Initially we used KODAK ELECTRA XD Thermal Plates and then we moved to KODAK CAPRICORN VT Thermal Plates and used them for a couple of years. From the beginning of 2017 all our production has been converted to KODAK SONORA XP Process Free Plates.”

Outside of the prepress department, Pareto Print is equipped with highly advanced technology solutions for both web and sheetfed printing as well as in its finishing area. Due to their specialization, the company has invested in different types of postpress equipment, enabling soft cover and hard cover binding of books as well as saddle-stitched and perfect-bound magazines. Pareto Print is highly skilled at printing and finishing complex and comprehensive jobs, and is flexible enough to satisfy a wide variety of customer needs. 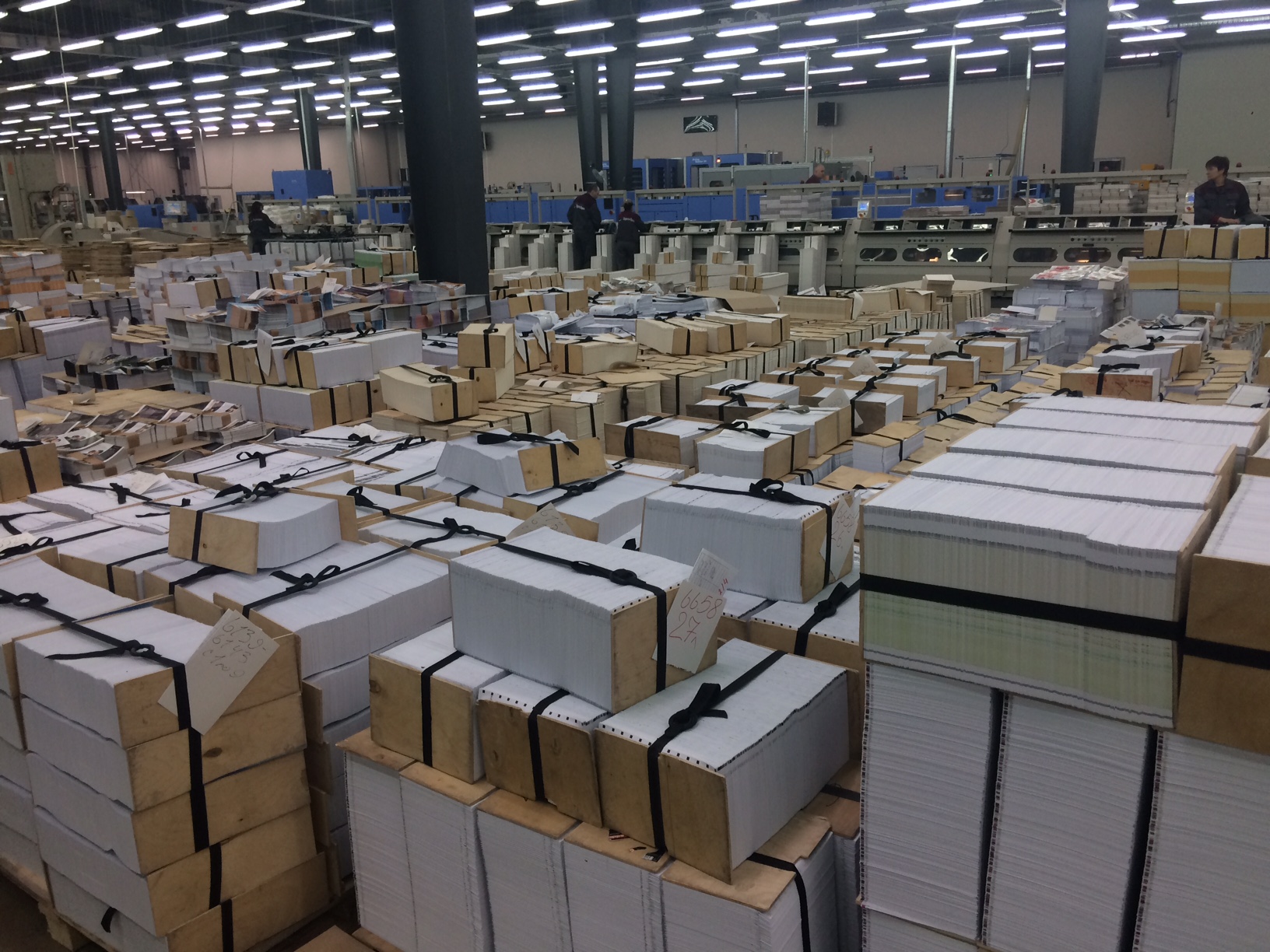 In the beginning of 2017, the company organized a press event in its headquarters located in Tver near Moscow. The message was clear: Pareto Print had implemented KODAK SONORA Process Free Plates on a very large scale, making Pareto Print the biggest user of Kodak’s process free plates worldwide. This is still true today. Every month the company uses between 28k to 35k sqm of SONORA Process Free Plates. After almost 15 months, the company set a new personal record, using 500k sqm of Kodak’s process free plates.

Arseniev reports, “SONORA Plates have completely fulfilled and even exceeded our expectations – both in economical or ecological matters. They worked so well that recently we have decided to implement Kodak’s newest generation plate – KODAK SONORA X Process Free Plates. ” 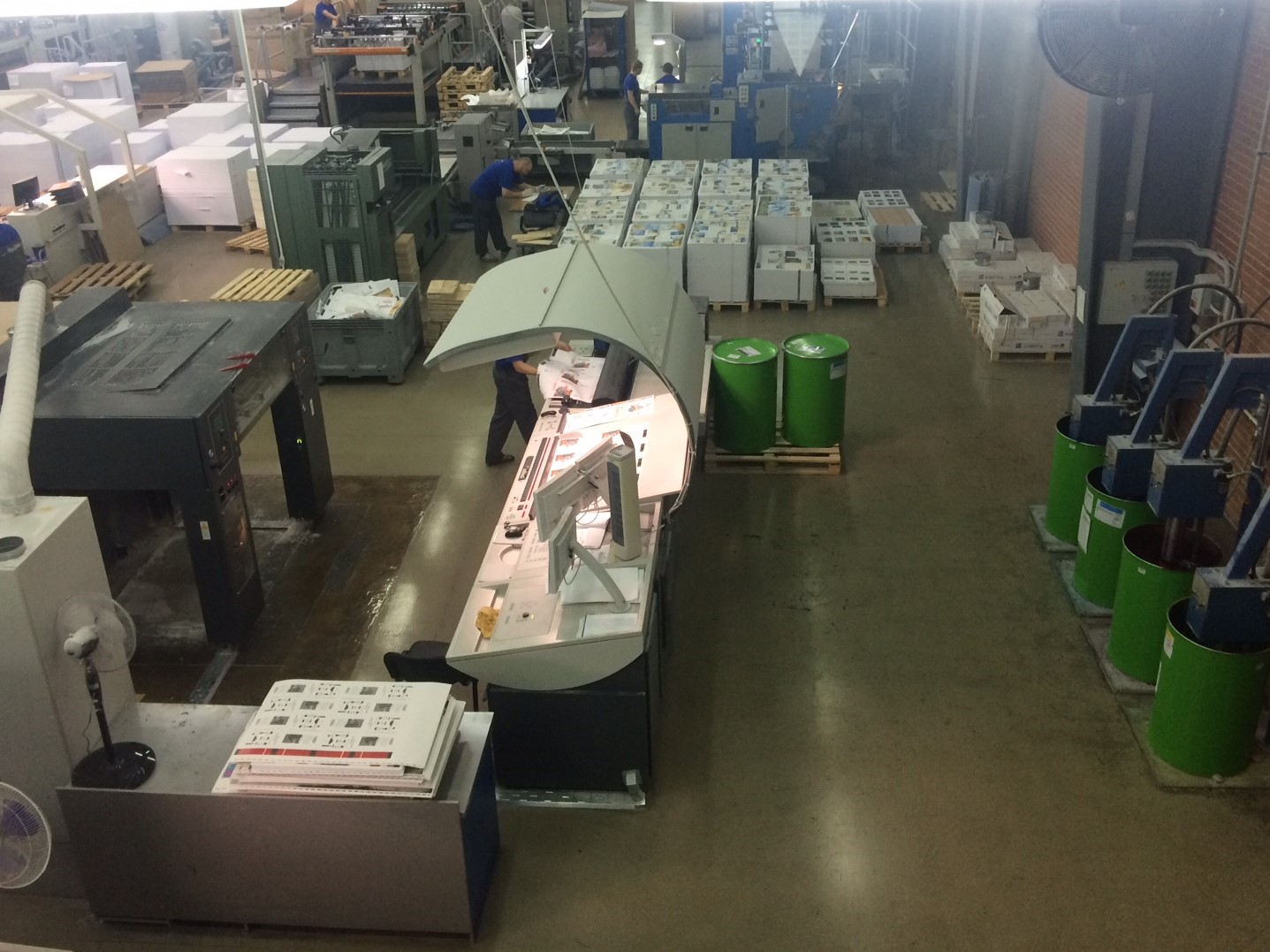 It all started at drupa 2016 where Kodak and Pareto Print began initial talks concerning KODAK SONORA Process Free Plate implementation, which was officially completed in January 2017, after multi-step tests and comprehensive training for press staff at Pareto Print. Ekaterina Makeicheva – General Manager of NCL, a trade partner of Kodak for the Russian market said: “We achieved two objectives: we prepared Pareto Print’s operators for working with their new plates and we found optimum production solutions for the company. During this time, we were collecting responses and feedback from their press operators. We also tried to involve them in the whole process, funding a special prize for an operator who would print the most jobs using KODAK SONORA Process Free Plates.”

Pavel Arseniev adds: “Our staff reacted very positively to almost immediate conversion to process free technology. They quickly noticed its advantages: high quality of reproduction, durability of plates (a very important factor considering the mid- and high runs we focus on), prepress process stability (due to eliminating the processor and its variables) as well as cleaner and cheaper production, reached by eliminating chemistry and processors and by reducing energy usage, waste utilization costs and more. Moreover, SONORA Process Free Plates are very convenient – they are mounted on press right after imaging, without any intermediate steps. Our total cost savings from implementation of SONORA Process Free Plates exceed 10k EUR per month. This is a very measurable economic benefit of converting to process free technology.”

SONORA XP and SONORA X Plates: from evolution to revolution
In March 2018, Kodak announced KODAK SONORA X Process Free Plates – the next generation of its process free plates. They are suitable for up to six times higher print runs (depending on application) and enable shorter imaging times and more robust handling capabilities, while guaranteeing all the benefits known from SONORA XP Plates. Their durability and longer run length capability make them suitable for a wider range of applications. Kodak estimates that SONORA X makes process free plate technology available for up to 80% of offset printers printing various job types: books, commercial, packaging, newspapers, even UV. It means that SONORA Process Free Plates can become a mainstream plate as Pavel Arseniev confirms: “Many people who visit our company say it’s unbelievable that we produce more than 70 million books per year using only SONORA Plates. But what we can confirm is that SONORA Process Free Plates are our everyday plate. To be honest, we have forgotten how traditional wet processing looked like as processors were eliminated from our site right after we converted to SONORA Process Free Plates. The thing that looks amazing for others is normal for us.”

Pareto Print: a local leader in book and commercial printing
During almost 15 months of working with SONORA Process Free Plates, Pareto Print has increased its number of printed books by more than 20%. Currently it produces monthly approx. 7 million saddle-stitched, soft cover and hard cover books. The company has an 18% market share in the Russian book market, also serving publishers from many neighboring countries. Pareto Print, with approx. 800 people, runs production in a 25k sqm production facility. “From the beginning, we have relied on highly-skilled employees, process automation and the best technological solutions from global leaders, which guaranteed the highest production quality,” says Pavel Arseniev.  “As a result, Pareto Print is widely considered the most modern printing house established in Russia in the last 25 years. It gives us great satisfaction but is also a stimulus for further growth.”

Kodak, Sonora, Magnus, Electra and Capricorn are trademarks of Kodak.